Although it’s a confirmed reality to pretty much the entire scientific community, a handful of well-funded organizations with ties to fossil fuels are actively working to deny that we are causing climate change by suggesting conspiracy and spreading false propaganda. Disinformation about climate change is prevalent in propaganda from Americans for Prosperity and other well-funded groups, and this disinformation is gaining a strong presence in the mainstream population. The comments on our recent posts about congressional candidates’ views on climate change are enlightening, and they reveal that the scale of the disinformation campaigns and the level of acceptance of this disinformation by the public is stunning.

View the posts for Ohio, North Carolina, and Florida

Scrolling through these comments, you’ll find a fascinating and scary array of statements that range from years-old, well-debunked attempts to discredit climate change data to claims of a liberal conspiracy involving every scientific institution on the climate change record. There are even claims of a global conspiracy to create a new world order and take away our freedoms.  All these conspiracies and false propaganda have one thing in common: They are designed to encourage people to align against science and advocate for unregulated pollution. 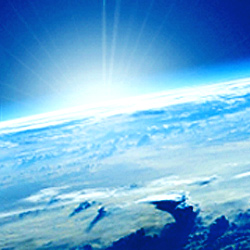 NASA: Earth’s climate is warming
NASA’s site contains a list of the country’s top scientific organizations and their statements on climate change.

Weather Channel
“More than a century’s worth of detailed climate observations shows a sharp increase in both carbon dioxide and temperature.”
Conspiracy Fueled CommentsIn Ohio, North Carolina, and Florida, we presented people with their congressional candidates’ views on climate change. Most of the feedback is positive, but a staggering amount of these comments come from the playbook of climate denial. Americans for Prosperity, a political organization that is funded by mega-rich oil tycoons, has been actively spreading climate ignorance during this election campaign, and these comments show that it’s working. Other players advancing disinformation on climate change include Rupert Murdoch’s Fox News and The Heartland Institute, an organization that helped deny the health effects of second-hand smoke.